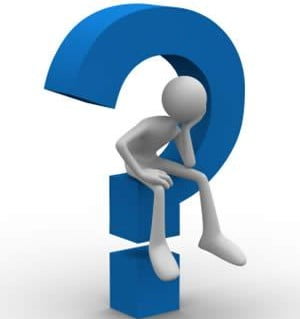 UPDATE FROM  PAT CROWSEN FOR THE CLCGA RE. BARON BOWL FOLLOWING OFFICERS MEETING.

As promised I am writing following the recent officers meeting which, amongst other things, considered the events of 20th June at the Baron Rose Bowl at St Austell.

Firstly the Officers would like to express their gratitude and thanks to the Newquay Captain and her players who volunteered to return the trophy and abide by whatever the Committee decided. This was a very generous gesture and was much appreciated after the controversy surrounding the event itself! However, the offer to return the trophy was declined as the competition committee had made it plain all along that the decision made on the Baron Rose Bowl was final.

However, we did contact the R&A and they have confirmed that, whilst they considered that the wrong decision was made, the competition had been closed and the Committee’s decision was final. Although not explicit in the Conditions of Play, the Committee were able to make that decision.

In terms of preventing a similar occurrence, the circumstances on the day were rather unique. The procedures for suspension or abandonment of play were in place but the question was how and when they should have been put into effect. In previous instances of inclement weather, the Committee had been able to liaise with Sonia as referee and/or both the Club Secretary and the Pro.  They would inspect the course and if necessary recommend suspension of play. This course of action was not available at the critical point of the day in June though we are grateful to the St Austell Club Captain, Simon Harper, for inspecting the course on our behalf. However, in view of the subsequent confusion/conflict of views about the advice given, Officers agreed that in future if there was no referee, Club Secretary and/or Pro available to assist and give advice, one of the committee should first inspect the course themselves and then make a decision. If the Club Secretary and/or Pro were available but there was no referee on the course, then a member of the committee should if possible accompany the Secretary and/or Pro when they made their inspection.

There is still much concern amongst players about the behaviour of the two players who walked off the course and refused to continue marking the card of the ladies they had been paired with. The Officers are dealing with this and we will report to the Delegates meeting on the outcome.

It was agreed that the entry fee money which had not paid out in vouchers would be kept and used to reduce the fee for the 2014 Baron Rose Bowl by £6 per club.

We hope there will be no repeat of the events at this year’s Baron Rose Bowl and we once again apologise to all those who lost out as a result of the decision that was made.